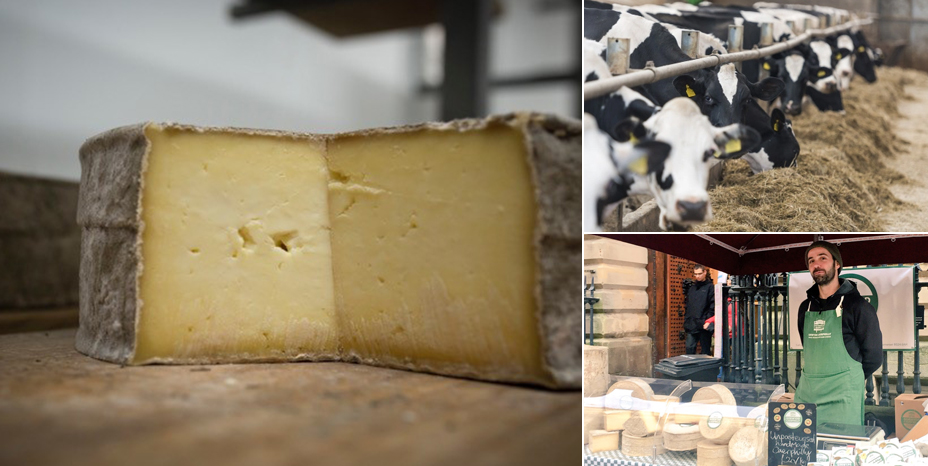 Despite their recent move across the Bristol channel to north Somerset, we just had to stock Gorwydd Caerphilly! After many years of making their highly acclaimed cheese on the family farm near Llandewi Brefi in Ceredigion, Todd and Maugan Trethowan made the move to the Weston-Super-Mare area 3 years ago, which they point out is much closer to the town of Caerphilly than their farm in Wales was!

Despite being considered a Welsh cheese, there is a long history of Caerphilly being made in the West Country, and the Gorwydd recipe originated in Somerset at the beginning of the 20th century.

While Caerphilly was traditionally sold very young, Trethowan’s cheese is matured at the dairy for two to three months. This period of maturation allows a natural rind to develop, adding depth to the tastes and textures that run through the cheese. The centre is firm and moist, and has a bright lemony taste, while the creamy layer under the rind (known as the “breakdown”) is richer and more savoury.

Gorwydd (pronounced Gor-with) is one of the UK’s most award-winning cheeses, and in the last year alone it has won two Gold Awards at the International Cheese Awards, as well as Golds at the Artisan Cheese Awards and the British Cheese Awards.