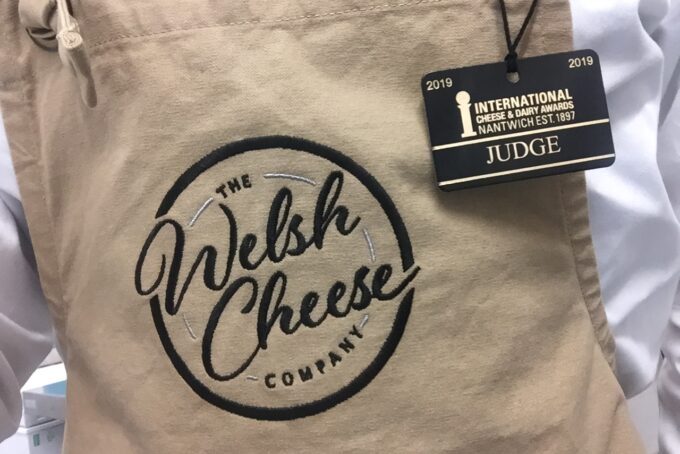 We love the summer. Partly because its great to get out with a picnic and enjoy some gorgeous cheeses in parts of Wales that are significantly more picturesque than our tasting/ packing room, but also partly because it’s the season of our two favourite annual cheese competitions, at the Royal Welsh Show and the International Cheese Awards.

As usual a lot of our Welsh cheeses were triumphant in each of these competitions. Some old favourites proved that they’ve still got what it takes to shine, and it was very pleasing to see some of Wales’ newer cheeses gain some recognition too.

Caws Cenarth came away from the Royal Welsh Show with an incredible range of awards including 10 Golds. One of these was for their newest cheese Black Sheep, a firm wax-covered ewes milk cheese, which we hope to have available through our website in the next few weeks. Caws Teifi did very well too, and won Gold for their Caerffili as well as several awards for Celtic Promise and their other Teifi varities. Incidentally Teifi have also just been awarded a coveted 3* Great Taste Award for their Saval, and a 2* for Celtic Promise.

The Royal Welsh also saw Jones’ Cheese Company win both Best New Cheese and Best Blue Cheese for Tysul blue, which is very well deserved after all of the work Mark has put into developing Tysul over the past year or so.

The International Cheese Awards of course sees some of our Welsh cheeses going head-to-head against hundreds of the best cheeses from around the world, and as usual the Welsh contenders fared very well. Blaenafon Cheddar Company and Snowdonia Cheese Company both did particularly well, with several Golds and Silvers between them. I was privileged to be asked back as a judge again this year, and I had a lovely day of tasting and catching up with some fantastic cheese-makers.