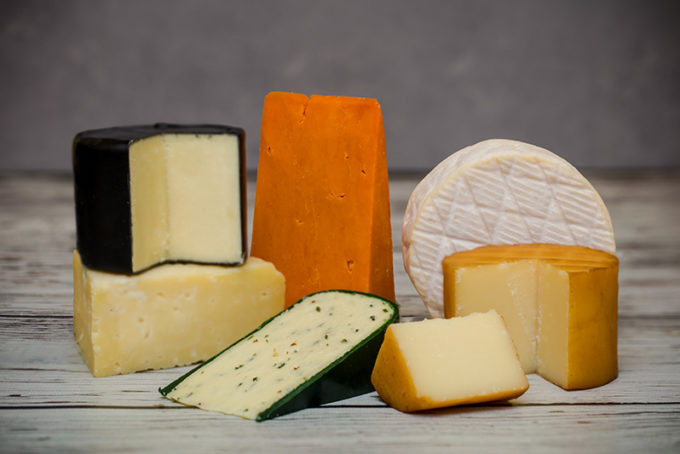 Last week’s British Cheese Awards saw our Welsh producers walk away with armfuls of very well deserved awards.  The awards, which are held at the Bath and West Showground and have been running since 1994, are recognised as one of the top events in the international cheese calendar. Caws Cenarth won a host of awards this year including Silvers for Golden Cenarth, Thelma Caerffili and Perl Las and The Snowdonia Cheese Company won Golds for Green Thunder and Silvers for Black Bomber, Red Devil and Red Storm as well as several Bronzes.

Caws Teifi came away with 9 awards including the coveted Best Welsh Cheese Award for their Teifi Mature which also won a Gold award in its class. A special mention should also go to Mark Jones’ new Tysul blue which won a bronze at its very first awards.