The pursuit of excellence 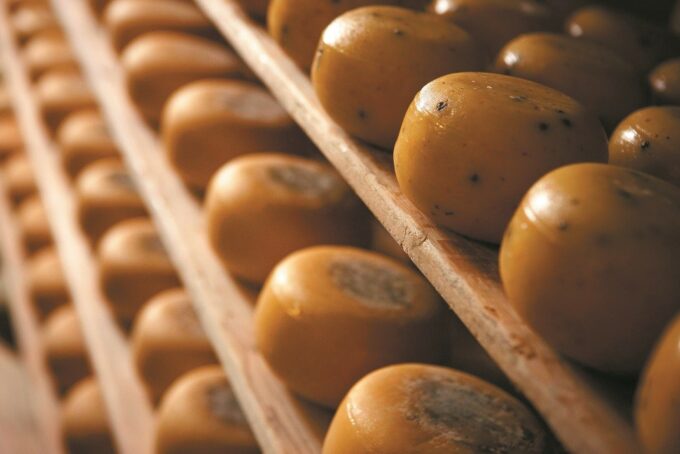 What’s it like to be the most highly awarded cheesemaker in the UK? We caught up with John Savage-Onstwedder of Teifi Cheese to find out what makes his produce so special.

It’s not an easy job making raw milk cheese in the UK, nor is it simple to carve out a world-class business from the depths of rural Wales, but John Savage-Onstwedder has excelled at both.

He founded Caws Teifi with two business partners in 1984, having moved to the UK from Holland with the aim of making excellent artisanal cheese from raw milk and local ingredients – a lost tradition in Wales at the time.

They settled at Glynhynod Farm in Ceredigion because John had built links with the area, having struck up a friendship with Pembrokeshire author John Seymour while translating his now-classic text, The Complete Book of Self Sufficiency.

Making cheese at Glynhynod Farm had one huge advantage over most other places: exceptional quality salt meadow milk from cows grazed on the Ceredigion coast.

“All our milk comes from Cilcert Farm, which borders the sea, and just as salt marsh lamb has a unique flavour, this milk has a great flavour as a result of the diversity of grasses and hedgerows the cattle graze on,” he says.

This milk is just one part of what has made Teifi Cheese the most highly awarded cheesemaker in Britain. The family business’ ever-expanding list of top awards bears testament to the quality and character of their cheese – and central to this is the use of raw milk.

“We’re going against the grain making raw milk cheese in the UK, but it’s worth remembering that some of the greatest cheeses in the world – Roquefort, Emmenthal, Gruyere – are raw milk cheeses,” says John.

“Pasteurising milk caramelises its sugars, meaning that you end up with a cheese whose dominant flavours are caramel and salt. By using raw milk, you achieve more depth of flavour. You also preserve antibodies which can boost your immune system, and you cut your carbon footprint, because pasteurizing cheese uses three times the amount of energy it takes to make raw milk cheese.”

Starting out with their classic Teifi cheese, the company gradually expanded its range to the point where it now produces 12 cheeses, which between them have scooped the very top cheesemaking awards. It has also branched into spirits – an adventure that began in 1992 when John decided to produce the first organic whisky of the modern era. The result is Dà Mhìle (pronounced da-vee-lay), which is Gaelic for 2000.  Originally produced at the world famous Springbank Distillery in Campbeltown, Scotland, it has been made in Wales at Glynhynod Farm since 2012. As with the cheeses, the range has expanded over the years and now includes gins, an orange liqueur and more. And with the awards continuing to roll in for his cheeses and his spirits, John is showing no sign of resting on his laurels.

“Whether making cheese or alcohol, our ethos is that you can’t survive down a bumpy lane in rural Wales by producing mediocrity,” he says. “Basically the pursuit of excellence is written into our DNA.”