Trethowan’s Dairy – Producer Of The Month 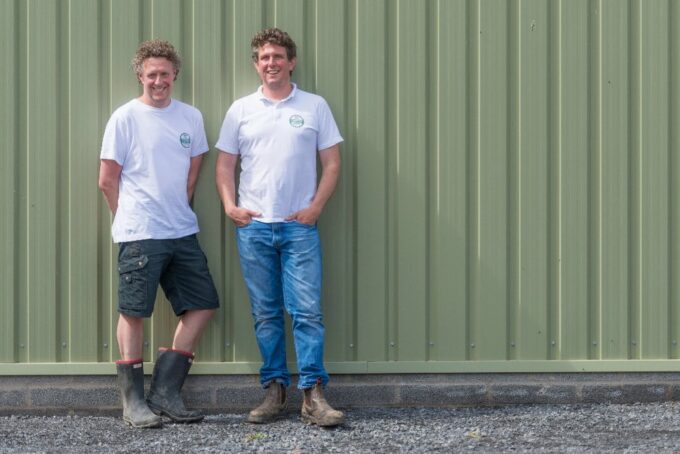 One of our most sought after cheeses is Gorwydd Caerphilly made by Trethowan’s Dairy.

It’s a traditional rinded Caerphilly which recently won Super Gold at the World Cheese Awards for the second time.

So who are Trethowan’s Dairy?

Trethowan’s Dairy are Todd and Maugan Trethowan, who started their cheese-making career in West Wales over 20 years ago. They produce the award winning organic and unpasteurised Gorwydd Caerphilly as well as their brand new Cheddar, Pitchfork.

Gorwydd Caerphilly  is soft and creamy at the outer edges with a lemony centre and an earthy grey rind. Caerphilly can be sold at just a few days old but Gorwydd is an aged cheese. It is matured for six to twelve weeks in storerooms, carefully monitored for temperature and humidity, until it grows a mould rind about 5mm thick. The Caerphilly ripens from the outside in so you get a softer mushroomy-tasting layer between the rind and centre which is called the ‘breakdown’. Once you get to the whiter centre, it will appear much firmer, zingier and crumbly in texture. 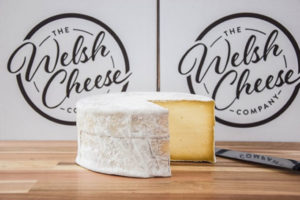 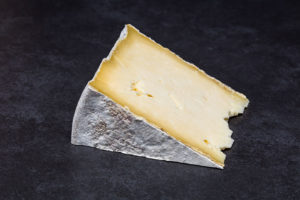 Todd Trethowan, as documented by Ned Palmer in ’A Cheesemonger’s History of the British Isles’, began his love affair with cheese whilst working a summer job at Neal’s Yard Dairy in the 1990’s whilst studying archeology. He was bitten by the cheese bug and moved to Wales for an apprenticeship with artisan cheesemaker Dougal Campbell, to make a cheese called Tyn Grug.

Todd’s family owned Gorwydd farm near Llanddewi Brefi, which was a hill sheep farm so he imagined he would move on to produce a ewes milk cheese. However, Jane Scotter of Neal’s Yard Dairy suggested he make a Caerphilly, as Wales wasn’t producing a traditional Caerphilly at that time. Todd travelled to Somerset to learn from Caerphilly cheesemaker Chris Duckett whose family had been making cheese since the 1920’s.

For six months Todd lived alone in a caravan in a field next to the dairy, learning the art of cheesemaking, and processing what he had learnt at that initial apprenticeship. He returned to Gorwydd following a few more apprenticeships, to start making Gorwydd Caerphilly with Maugan, his brother.

The brothers’ dairy started in a small stone outbuilding on the farm, where they set about experimenting to produce what is now known as Gorwydd. They painstakingly experimented with each stage of the cheesemaking process, comparing results along the way, so they could gain a deeper and more expert understanding of their craft.

Though Gorwydd began life in Wales, it’s now made in North Somerset at Puxton Court Farm. One of the reasons for the move was Somerset’s quality dairy farming and proximity to a wonderful herd of pedigree Holstein and Jersey cows. The other reason was that after more than ten years, they had outgrown their modest farm buildings at their family farm and needed to upgrade their facilities.

In order to move the business, they not only had to think about equipment and stock, but also ensuring that they created the right environment for the cheese to mature in. They had to transport precious molds and hundreds of unwashed cheese boards which were then left in the store rooms to populate the new maturing environment with friendly spores. Within a couple of months they were able to see the fruits of their labour with new cheeses taking on grey-green bloomy rinds. 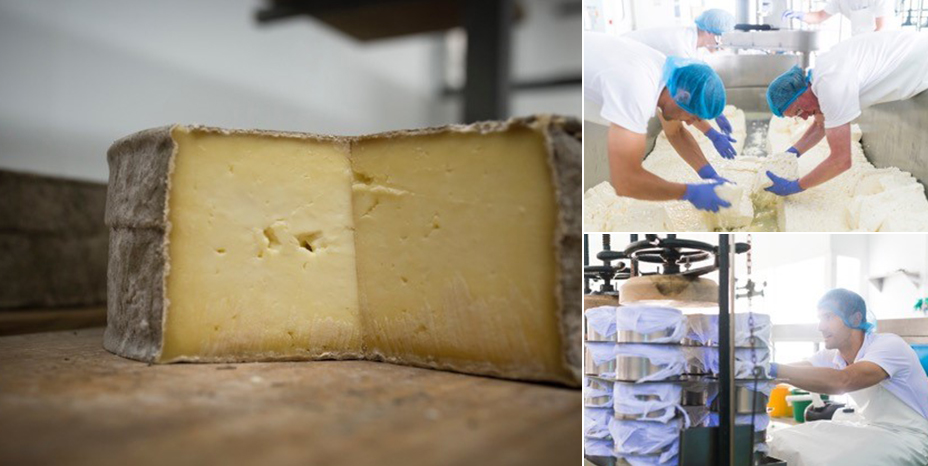 A day in the life

A cheesemaking day at Trethowan’s is long, varied and physically demanding. Their methods are traditional, meaning they make the cheese by hand, without the use of machinery, which is very hard work. This involves careful managing of timings, temperatures, preparation for the next day plus milk deliveries, constant feeding of starter cultures and more. Todd and Maugan often attend and speak at events as well as manage the business so it is typically very busy.

We really love Trethowan’s philosophy for creating such a superb quality product: “do one thing and do it really well”.

Their hard work, dedication and expertise has been rewarded with multiple accolades including gold medals in a variety of national and global competitions, so we don’t need to tell you how good this cheese really is. That’s why they are our Producer of the Month!