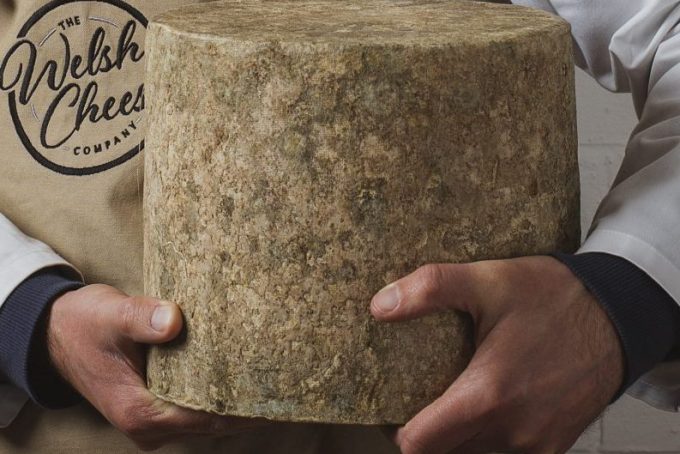 Holden Farm Dairy, the producers of the delicious Hafod are located on Bwlchwernen Fawr Farm, 10 miles from the beautiful Ceredigion coast. Originally a member of a commune situated on the land, the now owner, Patrick Holden has been based at the farm since the early 70s. With support form his wife, Becky, the couple have produced superb quality Hafod Cheddar ever since.

Bwlchwernen Fawr has been certified organic since 1973, making it the longest standing registered organic dairy farm in Wales. In the 80’s, Patrick became increasingly involved with the organic movement, specifically the Soil Association, eventually becoming Director until 2010. During this time, Becky and Patrick made significant progress in developing the farm into a self-sufficient, sustainable base from which to produce one of the finest Cheddars on the market today.

The cows and their milk…

Two thirds of the milk from the Ayrshire cows at Bwlchwernen Fawr goes into Hafod. The milk is a reflection of the unique ecology of the farm as well as the cows diet: diverse and complex nutrients which give the cheese its unique quality and flavour. Ayrshire milk also has small fat particles and is rich in butterfat and protein, making it ideally suited to cheesemaking. Every decision Patrick and Becky make has a direct influence on the quality of the milk. They believe the best cheese you will ever taste comes from unpasteurised milk, which is why it is of the upmost importance to ensure the highest quality of raw ingredients. From the quality and sustainability of the feed for the cows, to the ideal climate, to the storage and ageing process; each step has a direct implication on the final mouthful. The end result? A perfect blend of buttery, rich, nutty flavours that help give Hafod a special place in our hearts here at The Welsh Cheese Company. 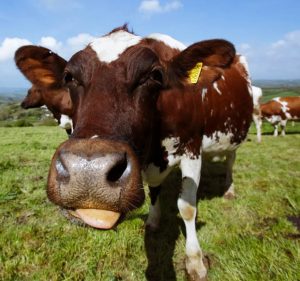 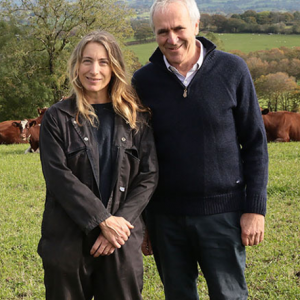 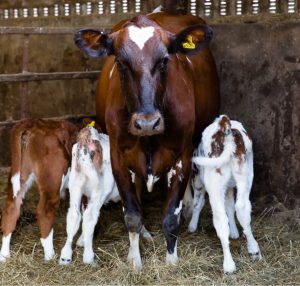 A day at the dairy…

Milking starts early! The first cluster of cows is on by 0500. By 0600 the milking of all 80 cows is complete and (on a cheesemaking day) transferred into the cheese vat. At this point the skilled team of cheesemakers commence the 10-hour process of transforming the milk into Hafod cheese. The team of Tess, Jos, Lyda and Debs rotate between the make room, maturation store and dispatch and office, ensuring continuity, great care and attention to detail and understanding of every aspect of production and distribution.

Farming is a continuous labour of love. The cows go out to feed – grass in the summer, hay and silage in the winter months. The yards are cleaned, manure is spread, and in the Summer, pastures are harvested to sustain the cows through the darker months. It is a demanding, yet beautiful cycle allowing the best from nature by working with her.

There is hope of expansion, but only when the time is right. Perhaps the obvious choice would be Caerphilly given that Tess, Hafod’s head cheesemaker, once made the beautiful Gorwydd Caerphilly (Trethowen Brothers). Right now, the focus is on the immediate impact of the farm on its land, community and place in the world. Climate change and sustainability are always at the forefront of Patrick and Becky’s decision making.

Drink pairings – Natural, organic wines and ciders are a good place to start with Hafod. For a shorter drink, west coast malt whiskies, particularly Lagavulin and Talisker are pretty good with Hafod.

Food pairings – Often the best solutions are the simplest! A cheese sauce made with Hafod is delicious, for the full flavour combine the sauce with ragu and make a lasagne. Alternatively, if there’s less time, Hafod in Welsh rarebit on sourdough is very good!