Caws Cenarth – Producer of the Month 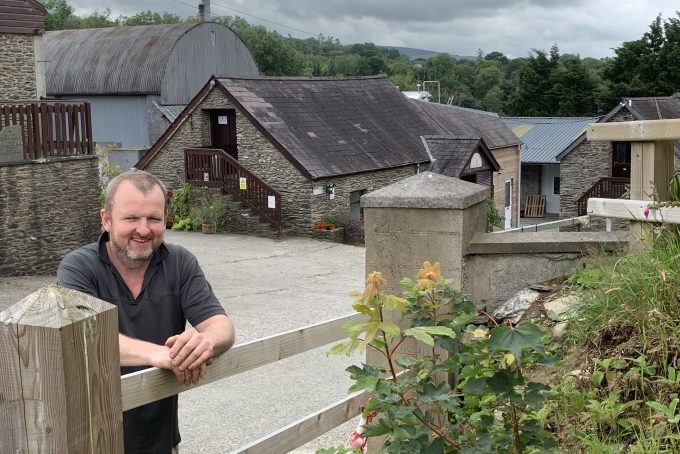 When milk quotas were introduced in the 1980s, Thelma and Gwynfor Adams began making traditional Caerffili cheese with their excess milk, using an old family recipe. Little did they know that they would soon become leading figures of the Welsh artisan cheesemaking renaissance, and go on to find great success with their world-class cheese.

Today, their son Carwyn runs Caws Cenarth on the family farm in Carmarthenshire. He was inspired to continue the family business after Thelma encouraged him to attend a cheesemaking course. From then on he made it his mission to create new and exciting cheeses for the public to enjoy. 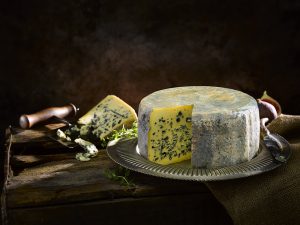 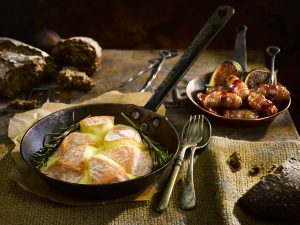 Carwyn is known for developing innovative, award-winning cheeses, and there’s always something new in the pipeline. Some of his most popular creations include the distinctive Golden Cenarth, a soft cheese washed in cider; the brie-like Perl Wen; and Perl Las, a creamy blue. Cenarth Caerffili (based on the original family recipe) is still a firm favourite, along with a smoked variety and the Thelma Caerffili – a mature version named after Carwyn’s mum. Caws Cenarth cheese is made using milk sourced within 30 miles of the dairy, and much of it is organic.

How has the coronavirus pandemic affected Caws Cenarth?

‘It’s been really difficult. We lost 80% of our business within a couple of days. With restaurants and delis closed, most of our orders were cancelled. We had a lot of soft cheese prepared and ready to go, which would have gone to waste…’

So Carwyn posted a spur of the moment plea on YouTube, asking for support from the nation’s cheese lovers – and the response was phenomenal. ‘We sold everything in the dairy within 36 hours. We actually struggled to get all the orders out on time and the volume of emails we were sending and receiving gave us some IT hiccups, which presented a whole other challenge!

We’re still miles away from normal. It’s still tough and our team isn’t running at full capacity – but all of us Welsh cheese producers are in the same boat and the support from our new and long-term customers has been heartwarming.’

‘Wine lovers will be familiar with the French word ‘terroir’, but it’s relevant for cheesemaking too; it refers to the way produce from a certain area is affected by its environment – the soil, the sea, the local climate and more. Our terroir in South West Wales makes the flavour of the milk we use a little bit different, which in turn makes our cheese taste that little bit different (and delicious, or course). Turns out all that rain results in pretty good cheese!’

What to eat and drink with Caws Cenarth cheeses

‘Baked Golden Cenarth is a classic – it melts so beautifully and is perfect with sourdough soldiers or sliced veggies. As the rind is washed in cider, it naturally pairs well with a medium dry cider. We recommend drinking a crisp chardonnay with Thelma Caerffili, and sweet wine or mead with Perl Las.’