A brief history of Caerphilly cheese 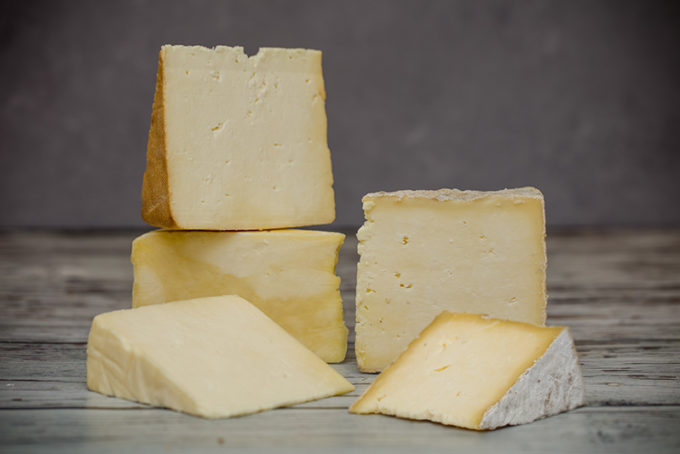 What’s so special about Caerphilly cheese? Anyone used to eating supermarket Caerphilly (or Caerffili to give it its Welsh spelling) – which is often bland and boring – might find it hard to imagine how Caerphilly could ever be interesting. Let us explain…

The rise and fall of traditional Caerphilly cheese

Despite being a common English-made cheese, Caerphilly’s origins, as the name suggests, are most definitely Welsh. The cheese originated as a simple way to make milk last for longer, and was especially popular as a snack for Welsh coal miners to eat at work, thanks to its thick rind which made it easy to transport and eat; its salt content, said to help replace minerals lost during hard physical labour; and the fact that it did not dry out below ground. Yes – traditional Caerphilly is often quite a moist cheese.

What’s the difference between Cheddar and Caerphilly?

Caerphilly is typically very light in colour, almost white – while Cheddar is often a warmer golden yellow. Caerphilly has a lactic, fresh, lemony flavour and a slightly crumbly texture, whereas Cheddar takes longer to mature, resulting in a rich, creamy hard cheese that can sometimes taste sharp or tangy. Both are brilliant for melting and grating into cheesy dishes.

There are two very different ways of making Caerphilly – the industrial way, which results in a young, bland, dry and crumbly cheese; and the traditional, handmade way, which creates a moister cheese with infinitely more character. All of the Caerphilly cheeses we sell are made using traditional techniques and recipes, and each one has its own very distinctive taste.

It’s testament to the current revival in artisanal Welsh cheesemaking that the country now has enough varieties of Caerphilly to stock an entire cheeseboard. Not so long ago, these traditional methods had pretty much died out and Caerphilly was almost entirely made in England, mostly in the West Country.

Now, thankfully, cheesemakers in Wales and the West Country have brought traditional Caerphilly cheese back to life in all its earthy, lemony glory – from young Cenarth Caerffili with its dense crumbly texture and lactic tang, to Gorwydd Caerphilly, whose complex flavours have won it many awards.

The resurgence can be attributed in part to Thelma Adams from Caws Cenarth, who decided to start producing Caerphilly in the traditional way back in the 1980s, when milk quotas meant they would have otherwise been throwing away perfectly good milk. She even has a mature Caerffili named after her. Today there are numerous cheesemakers in Wales developing their own versions of traditional Caerphilly.

The Adams family also campaigned for EU protected status for traditional Caerphilly cheese. In 2018 it was granted Protected Geographical Indication (PGI) for both English and Welsh spellings, highlighting the importance of Wales’ most famous cheese and its rich heritage. 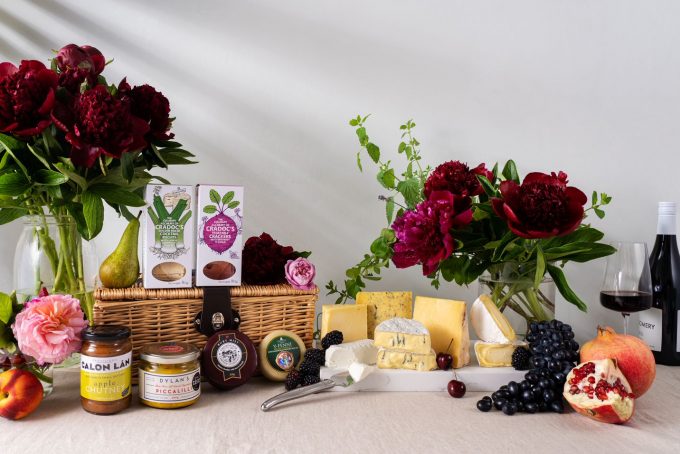