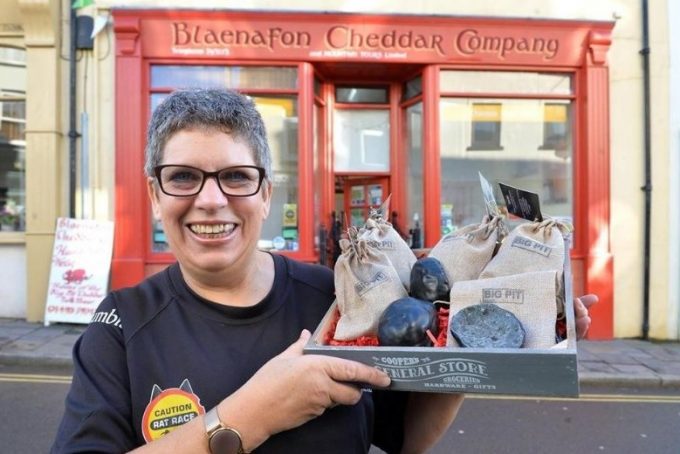 The Blaenafon Cheddar Company was established in 2002 and is based in the World Heritage Site of Blaenafon, South Wales. It is a small family-run business owned by Susan Fiander-Woodhouse and Gerry Woodhouse with the help of their young entrepreneur daughter Charlotte. Their Cheddar has won many accolades including awards at the International Cheese Awards and the British Cheese Awards.

A brief history of Blaenafon…

Blaenafon is a town that lies at the source of the Afon Lwyd river, fitting as Blaenafon means ‘front of the river’ in Welsh. Situated partly in the Brecon Beacons National Park, the industrial landscape is a testament to the human endeavour of the ironworkers and miners of the past. In 2000, UNESCO inscribed the Blaenafon Industrial Landscape as a World Heritage Site. Although the coal and ironworks no longer function in their original capacity, you can see remains of all of the necessary elements needed for the industry. Within the site there is a coal mine, furnaces, quarries, railway systems, ironworkers’ cottages, churches, chapels, a school and a workmen’s hall. The main attractions within Blaenafon such as Big Pit National Coal Museum, Blaenafon Ironworks, the World Heritage Centre and Blaenafon Heritage Railway are all just a few minutes’ from each other. It’s well worth a visit! 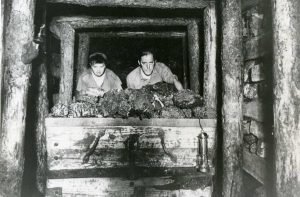 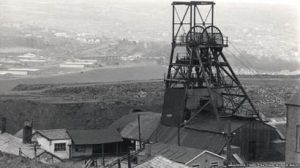 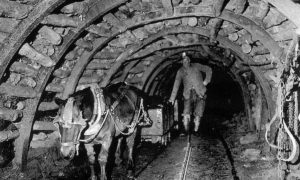 It is at one of Blaenafon’s main attractions that The Blaenafon Cheddar Company age one of their most famous varieties. Pwll Mawr (‘Big Pit’) Cheddar is aged at the base of the Big Pit mine shaft, 300ft below ground! Once every two weeks the aged Cheddars are brought back up by the miners at the Big Pit and a new batch is taken down. The smoked variety of Pwll Mawr is slowly smoked over oak chippings at the Black Mountains Smokery in the heart of the Brecon Beacons National Park.

The owner, Susan, came up with the idea of  maturing the cheese underground. She developed this idea many years ago, while she was working for another cheese producer. When she decided to set up her own company she went about making her idea a reality. She presented her idea to the mine manager at Big Pit and they welcomed the prospect.

The family own a shop on Broad Street, Blaenafon, where they hand-produce all of their cheeses. They are all suitable for vegetarians and free from any artificial preservatives or colourings. They’re also coloured in a bright wax coating to give a long natural shelf life. 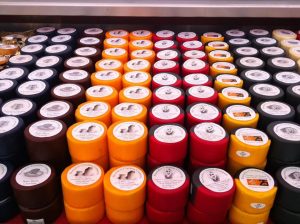 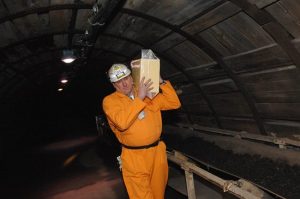 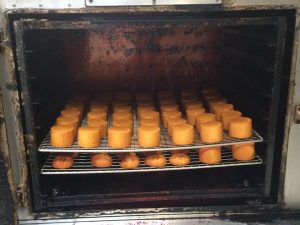 It is evident that the love of their town and Welsh history is at the heart of their business. Each product is dedicated to Blaenafon’s significant history, from the images on their labels to the names of the cheeses and how they acquire their unique flavour. The company prides itself in the international work they do for tourism for Wales, for example working with TV & Media worldwide. You may have seen them on ITV ‘Food Glorious Food’ , BBC ‘Country File’ and ‘Gino & Mel Do Christmas with Warwick Davies’ on ITV.