The best Welsh cheeses delivered to your door 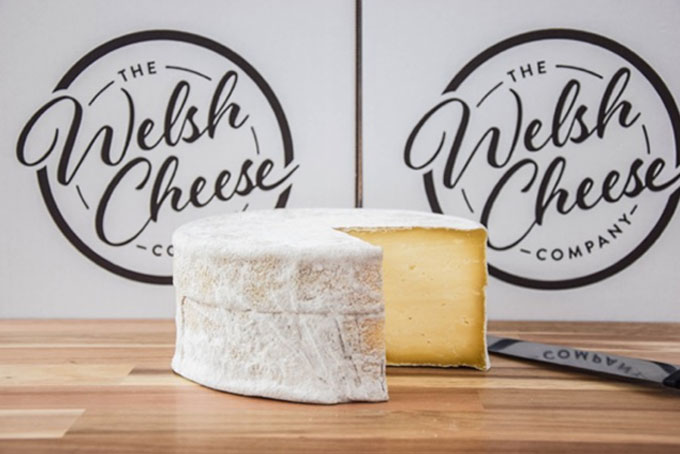 Welcome to The Welsh Cheese Company. We’re delighted to be open for business, bringing you a broad range of the very best Welsh cheeses, plus other hand picked Welsh artisan foods and drinks, all delivered speedily to your door.

A bit about us

The Welsh Cheese Company was founded by Cardiff-based musician Tom Pinder – who plays the sousaphone in Welsh Supporters’ band, The Barry Horns, and the trombone for famous performers such as Paolo Nutini.

A lifelong cheese lover, Tom decided to create the company when he realised Welsh cheese doesn’t always get the attention it deserves.

“Over recent years I’ve been getting more and more interested in the sourcing and the quality of the food I eat, and as a non meat-eater I’ve been particularly interested in the dairy side of my diet. I’ve been eating a wide range of amazing Welsh cheeses from the delis in Cardiff, and local farmers’ markets, but I was frustrated that I couldn’t get all of the Welsh cheeses I’d come to love from one supplier, so I thought I’d do something about that and start a business that would bring together cheese from my 11 or 12 favourite Welsh cheese producers in one place,” he says.

Tom’s passion for cheese began in childhood: he grew up next door to a dairy farm in Somerset.

“About half a mile down the road there was another dairy farm that used to make amazing farmhouse cheddar, and you could knock on the parlour door, and eventually someone would come out and cut off a wedge from a huge truckle that sat on a wooden shelf in the corner of the room,” he says. “I’ve had a love of the sharp and complex flavours you get with a ‘real’ Cheddar ever since.”

Since launching The Welsh Cheese Company, Tom has enjoyed getting to know the producers behind his favourite varieties. He is now keen to introduce these cheeses to more people all over the UK.

“The producers are so passionate about the cheeses they make, but Welsh cheese often seems to be a bit overlooked. Some of the English cheese makers are great at publicising themselves, and promoting themselves online, but some in Wales don’t seem to be as well known, despite often being even more critically acclaimed than their English counterparts.”

One of the most important parts of The Welsh Cheese Company’s mission is to tell people the story behind the cheeses it is selling. This website will have lots of information about all of its cheesemakers, and the ingredients and processes used to make their cheeses.

“We’re working directly with producers, and buying direct from the farm, so we’ll be able to get cheese to the customers in the best possible condition,” adds Tom.

He isn’t stopping at cheeses, either: The Welsh Cheese Company will offer a glorious selection of other Welsh produce to compliment its cheeses.

“We’ll be offering a range of hampers and gift boxes, all full of the very best Welsh artisan food and drinks, to suit every budget. From gin to chutney, and from beer to chocolate, there will be something for everyone!”