Behind the Scenes at Caws Cenarth 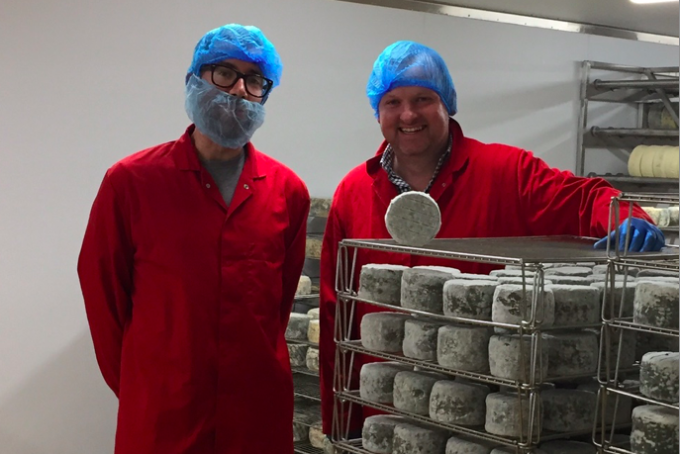 One of the joys of working at the Welsh Cheese Company, aside from all of the incredible cheese that I get to sample, is working closely with a dozen or so lovely Welsh cheese producers. Wales is so lucky to have so many talented cheesemakers, many of whom are from families that have been making cheese in some form or another for generations; and we are very fortunate to have the lush landscape to support our farming communities.

Last Friday I spent the day at Glyneithinog in Carmarthenshire, the home of Caws Cenarth. Caws Cenarth is headed by Carwyn Adams, daughter of Gwynfor and Thelma who started cheesemaking on their farm in the 1980s. Carwyn was my guide for the afternoon as we talked cheese and cheesemaking, and he gave me a guided tour of the very impressive facilities. We ate plenty of cheese and tried some really exciting new varieties that Carwyn’s team have been working on.

I even had the opportunity to help with a vital stage of the production of a wheel of Golden Cenarth, one of my absolute favourites and a recent winner of the Supreme Champion award at the British Cheese Awards. Golden Cenarth is a beautifully soft cheese that is rind washed in a special cider blend three times during it’s maturation. After donning the appropriate clothing (including a fetching beard net) Carwyn gave me a lesson in cider washing one of the truckles. In a few weeks someone will be tucking into that very cheese – hopefully one of our own customers! 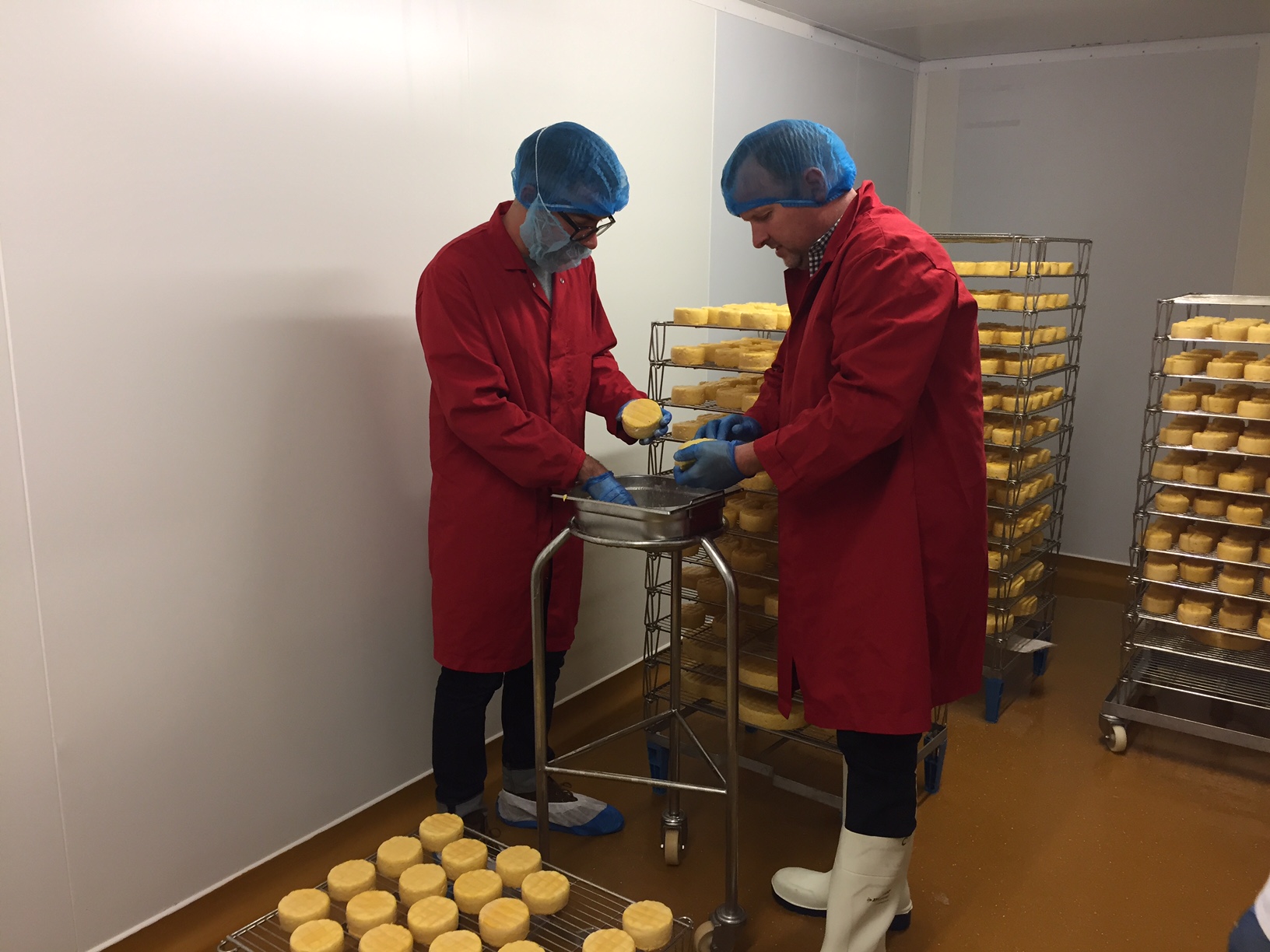