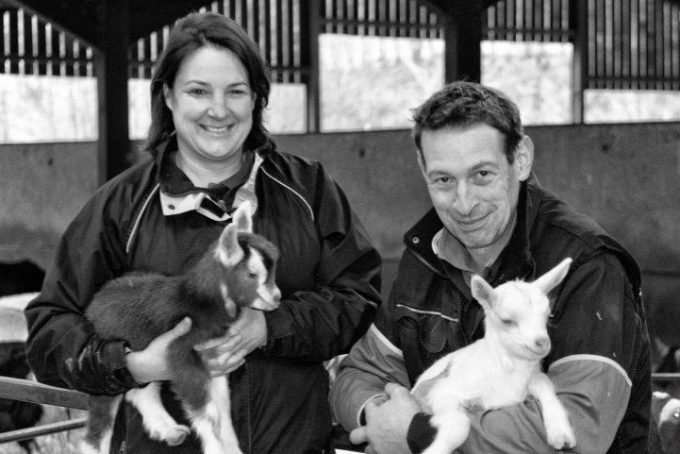 The UK’s largest and most successful producer of soft goats’ cheese, Abergavenny Fine Food Co. has been creating award-winning Welsh cheeses for 40 years.

How it all began

In 1981, expats Tony and Pam Craske returned to the UK with a plan: to find a rural spot where they could live self-sufficiently. They settled on a ramshackle old farmhouse in Abergavenny (think: no heating, no access road, no sewer pipes) and set about building their new life.

One day, Tony went to the market to buy a cow so that the family could source their own milk, but came back with five goats instead! Soon they were producing too much milk, so Pam picked up a cheesemaking book in the local library and… soft goats’ cheese Pant-Ys-Gawn was born.

The Craske family sold their tasty homemade cheese at local markets, but were soon picked up by specialty food wholesalers and went on to win awards at Nantwich Cheese Show.

By 1985 the Craskes had started sourcing more milk from other Welsh farmers to produce 12 different cheeses, some of which were stocked by Sainsbury’s and Tesco. Over the years they expanded their product range to include party food, opened new premises and a dedicated creamery to support their growing business, and went from 5 to 15,000 goats!

In July 2015, in the early hours of the morning, a huge fire tore through the Abergavenny Fine Food Co. factory in Blaenavon. 40 firefighters were called in to tackle the flames, but the site was destroyed. Despite these awful circumstances, the company were able to relocate their Blaenavon-based employees to a different site, with goats’ cheese production back up and running just eight weeks later.

One year on, a brand new £10m facility in Blaenavon was opened by the Prince of Wales. Abergavenny Fine Food Co. had risen from the ashes, and continues to expand and develop.

As one of the bigger cheese producers in Wales, Abergavenny Fine Food Co. found that during the coronavirus lockdown, their products remained in high demand. Of their 200 staff, only a small number were put on furlough.

‘We budgeted for a slight slowdown in business but saw the exact opposite – double-digit growth since the start of lockdown. More people are enjoying the big night in.’ Managing Director Jason Rees told the BBC. All the more reason to support local Welsh cheesemakers, we reckon! 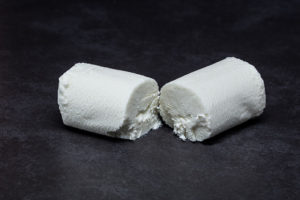 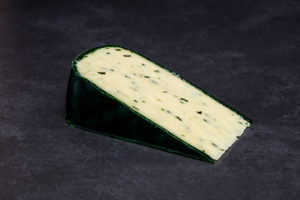 What to pair with Abergavenny Fine Food Co. cheeses

Pantysgawn has been served to the Queen, British prime ministers and NATO delegates – and works wonderfully baked into a tart, stuffed into tortellini or crumbled into salads. You can pair it with a Sauvignon Blanc, or opt for a Welsh wine such as Solaris 2018 from Montgomery Vineyards. Mustard-spiked Y Fenni and oniony Tintern are perfect additions to a ploughman’s lunch and go down nicely with a pint of brown ale, while Harlech takes mashed potato to new heights.